As part of getting pekwm back on track the infrastructure for a theme index has started to take shape with the following components:

This post focus on the last component in the list above, the user command for managing themes.

Fueled with energy from my dislike of the current state of the *-look series of sites with the ads, cryptic filenames and broken links I hacked up a first version of the pekwm_theme command during a longer than usual morning coffee session.

The command have the following external dependencies:

In addition the command use another new pekwm utility, ekwm_dialog inspired by the xmessage command which I will write more about in another post.

Here is a screenshot of the pekwm_theme utility in action with a preview of the m0nst4 theme shown in pekwm_dialog: 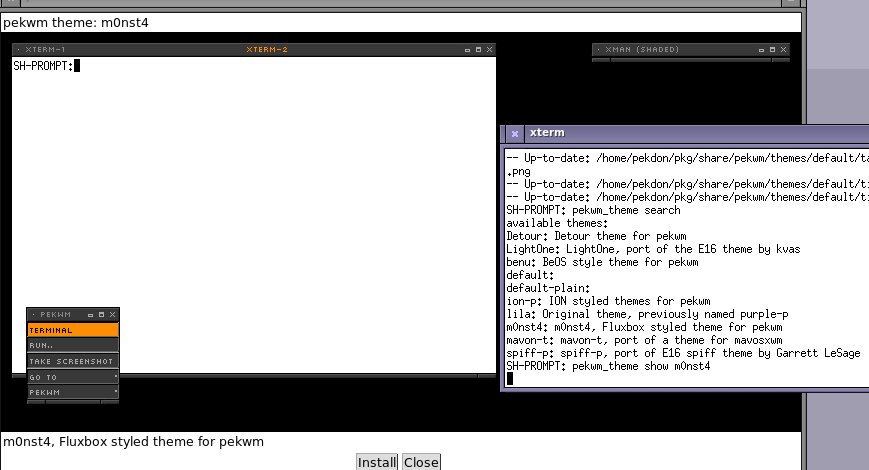 Pressing install will fetch and activate the theme, activation use the pekwm_themeset.sh script that drives the Theme menu.

If you feel brave (or not so brave), fetch pekwm from git and try it out. If you have any issues, report them on Github or #pekwm on freenode!